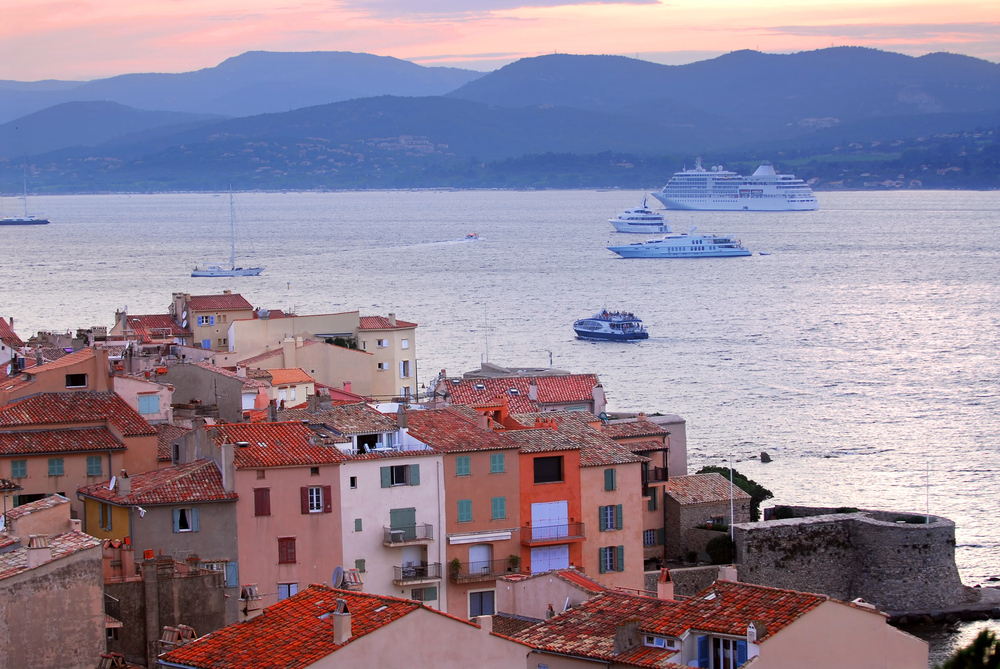 The former fishing village of Saint Tropez is so popular with the rich and famous that heads barely turn when a celebrity is spotted wandering along its white sandy beaches.

This summer has seen the likes of Leonardo DiCaprio, Bono and Elton John and many more sauntering along the famous Saint Tropez beach at Pampelonne before stopping at the stars’ favourite lunch spot, Club 55, without so much as a second glance.

Well-known faces are two a penny in the south of France’s most glamorous resort, so to get really noticed these days stars have to arrive on a seriously mega yacht – which we’ve also seen in abundance this year.

The season kicked off this year with photos of a bare-chested Cristiano Ronaldo doing some kind of work-out on the foredeck of a ridiculously large superyacht in waters off Saint Tropez. Once he’d been put through his paces the Manchester midfielder was joined on board by Sir Philip Green and his family who are known to be fans of Saint Tropez – and superyachts.

Also making waves in Saint Tropez this summer was supermodel Elle Macpherson who was pictured jumping from the upper deck of the superyacht she and her family hired for one week this July. The yacht, named Mad Summer, is a 56 metre motor yacht which has previously won the Boat International World Superyacht Award in the Custom Motor Yacht 51 metres to 65 metres category.

The award-winning yacht comfortably sleeps up to 10 guests with a crew 14, and a week on board can cost up to 325,000 Euros.

Former Italian Prime Minister Silvio Berlusconi was also photographed on a yacht in Saint Tropez this summer but failed miserably to look anything as nimble as The Body, Elle Macpherson.

The 78-year-old man was snapped stumbling into a tender, where he gashed his head on the canopy. The unfortunate accident left him with an unsightly cut on his forehead which he soothed with ice as he made his way to his awaiting superyacht. The former Italian Prime Minister was on holiday in the south of France with his daughter Marina and her children.