The Saint Tropez House Guide to: The Monaco Grand Prix 2015

Preparations for the 2015 Monaco Grand Prix are well under way and the Principality is gearing up for the biggest event in its annual calendar, which will run between 21st and 24th May this year. Formula One’s most legendary circuit will once again attract some of the world’s most famous names, arriving by helicopter and aboard superyachts. The race marks the start of the summer season in Monaco and the French Riviera which continues through to the Monaco Yacht Show and Les Voiles de Saint Tropez in September.

While race day will be on Sunday 24th this year, the multitude of events over the four days ensure that many decide to travel earlier and stay for the course of the entire long weekend. Monaco’s finest restaurants and bars compete for the discerning clientele that descend upon the Principality. One of the most renowned opening events takes place at The Amber Lounge – U*Nite – which will play host to the Monaco Fashion Show on Friday 22nd May, the only event in the world where the Formula One drivers take to the runway.

There are races on each of the four days, yet it really starts in earnest on Saturday 23rd May with Qualification. Competition for pole position is sure to be tough and it will be a fascinating battle between the current top two in the standings, Mercedes colleagues Lewis Hamilton and Nico Rosberg. Qualification is scheduled for 2pm, however all start times are liable to change if other races are delayed or overrun. 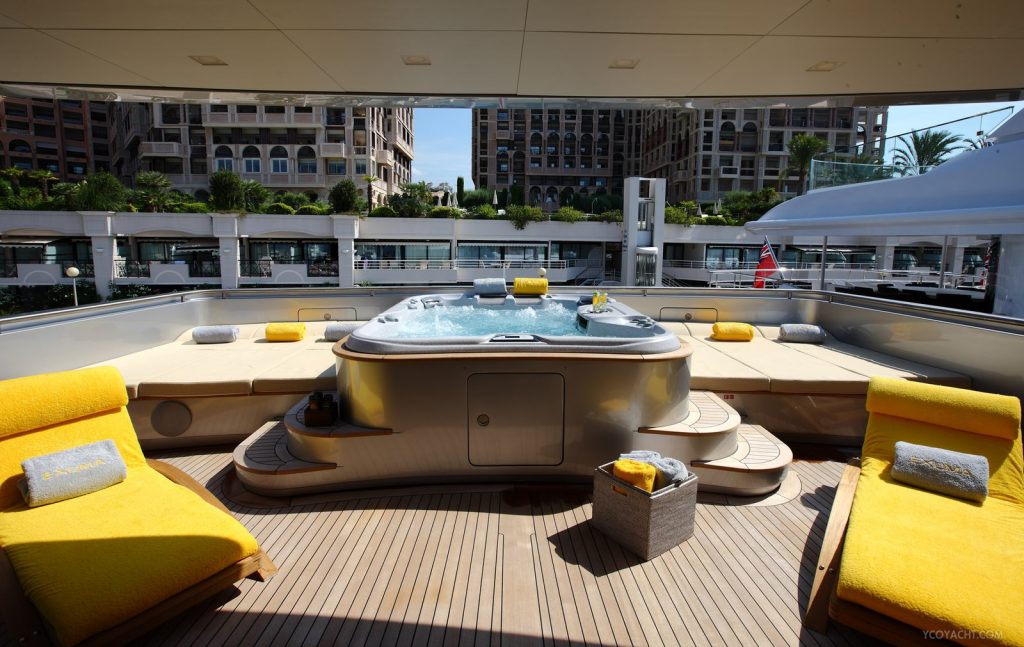 The main event will begin at 2pm on the Sunday. Guests aboard luxury yachts, in five-star hotel suites and the paddock lounge will await the most glamorous race in the Grand Prix Calendar with great anticipation. The sharp bends, tunnels and narrow streets mean it is also one of the most challenging circuits of the season for drivers, and one of the most interesting for spectators. The history of the race also adds a certain air of awe to the occasion.

As the chequered flag is raised signalling the end of the race, the celebrations begin in style in the Principality, with The Amber Lounge and the Sea Lounge both offering fantastic after parties with sets from internationally renowned DJs. What better way to enjoy this glamorous weekend than aboard a yacht with one of our luxury yacht charter partners before returning to a villa in St Tropez?

Many bars and superyacht companies in Monaco offer the chance to watch the racing from Port Hercules, which offers one of the best views. One preferred itinerary is to travel from either St Tropez or Cannes, where the final few days of the film festival run parallel to the 2015 Monaco Grand Prix, before berthing in the Principality for the race weekend. Alternatively, many of our St Tropez villas have helipads, so you can charter a helicopter from Monaco to St Tropez and back. However you wish to arrive at the 2015 Monaco Grand Prix, enjoy a luxury villa in St Tropez and pair it with our concierge services to make sure you arrive in speed and style to Formula 1s biggest annual event.