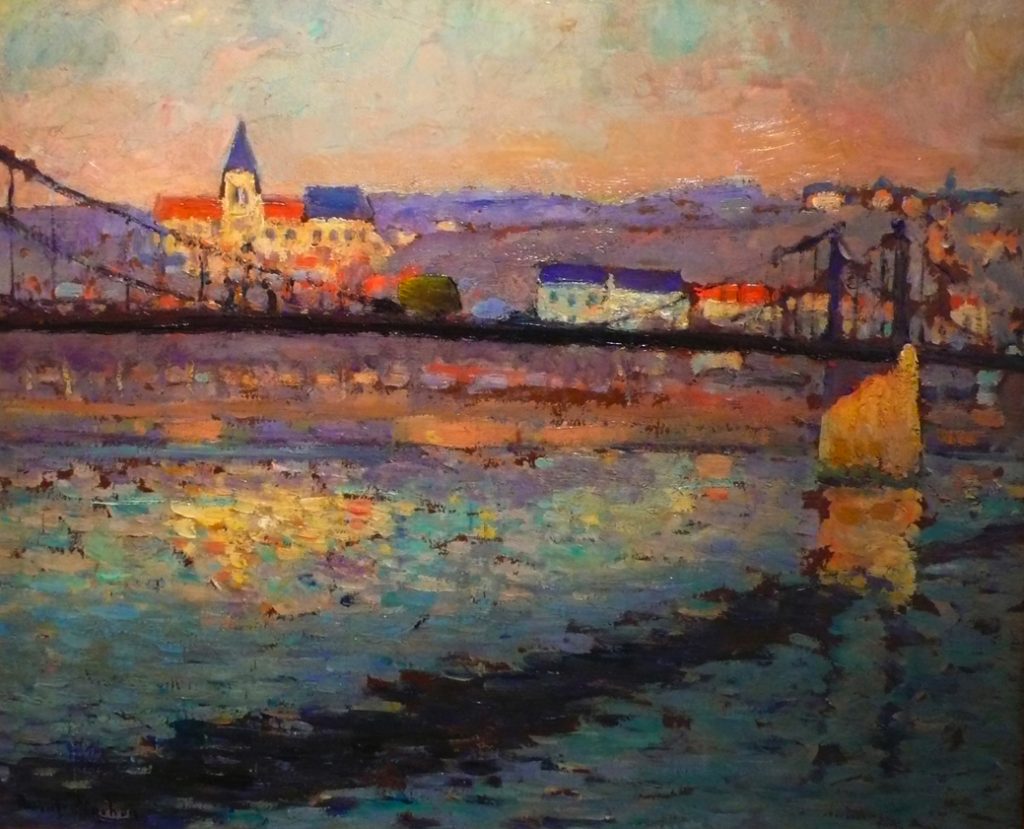 Stood on the port of St Tropez since 1922, the Musée de l’Annonciade is a bold reminder of the town’s rich historical affinity with avant-garde artists and their work. It was Paul Signac who first discovered the natural charm of this quaint fishing town in 1892. He descended his yacht, The Olympia, to buy a house where he began painting the beauty he found around him. His piece La Hune was just the beginning of a neo-impressionist revolution that sparked in St Tropez, luring numerous well-known painters to its shores such as Cross, Matisse, Derain, Marquet.

The collection of art amassed during the period between 1890 and 1950 is impressive both in its quality and the surprising homogeneity of the work. This group of artists were united by one thing: a love of colour. Their mutual passion led to an explosion of artistic movements on the French Riviera, from pointillism to les nabis and finally fauvism.

With its various exhibits covering the works of living artists, the Musée de l’Annonciade may well be considered by some as France’s first modern art museum. The coherence and harmony of its collections, orchestrated by its founders and primary donator Georges Grammont, are unique not only in France but across the world:so many of the world’s biggest artists in so small an exhibition.

The Musée de l’Annonciade has had an extreme transformation since its construction in 1510 when it originally served the coastal town as a Chapel. After undergoing damage in wars and during the revolution, the Musée de l’Annonciade became the museum as it is known today when it finally fell into the nurturing hands of Georges Grammont. Now established among the luxury villas in St Tropez and the superyachts moored in the port, the museum enjoyed its inaugural exhibition on 7th August 1955, after Monsieur Grammont donated 56 of his finest impressionist paintings from his prized collection. Since then, the museum has remained as such, thrilling its visitors with a new exhibition every summer and every Christmas or Easter.

This year for its winter exhibition, the Musée de l’Annonciade in St Tropez will be displaying works by Fauvist painters inspired by Provence from the 10 December to 16 March.
A type of progressive impressionism, Fauvism was championed by a small and loosely connected group of early twentieth century artists whose depiction of the French Mediterranean employed the stunning bright colours for which the genre is renowned.

Further along the French coast in Collioure, Matisse and Derain were busy creating Fauvism’s most acclaimed pieces of art. Meanwhile, Mangui, Marquet and Camoin were producing a more subtle form of the genre in St Tropez.

The Musée de l’Annonciade invites you to explore their unique exhibition this winter. The museum is open every day (except Tuesday) from 10h to 13h and 14h to 18h until March 16th.