The South of France has enjoyed a long association with a gamut of talented painters who have all flocked to the region to seek inspiration from the Provencal colours, light and views.
Saint Tropez has been a particular favourite among great artistic masters such as Matisse, Picasso and Signac who all came to the sleepy fishing village at some point in their career and were inspired to create some of their best works.

With this rich history of art in mind, St Tropez House offers our take on some of the best St Tropez artists whose work you can find in St Tropez right now. These contemporary artists have local galleries to showcase St Tropez art at its best, and many have received international accolades and recognition for their work. 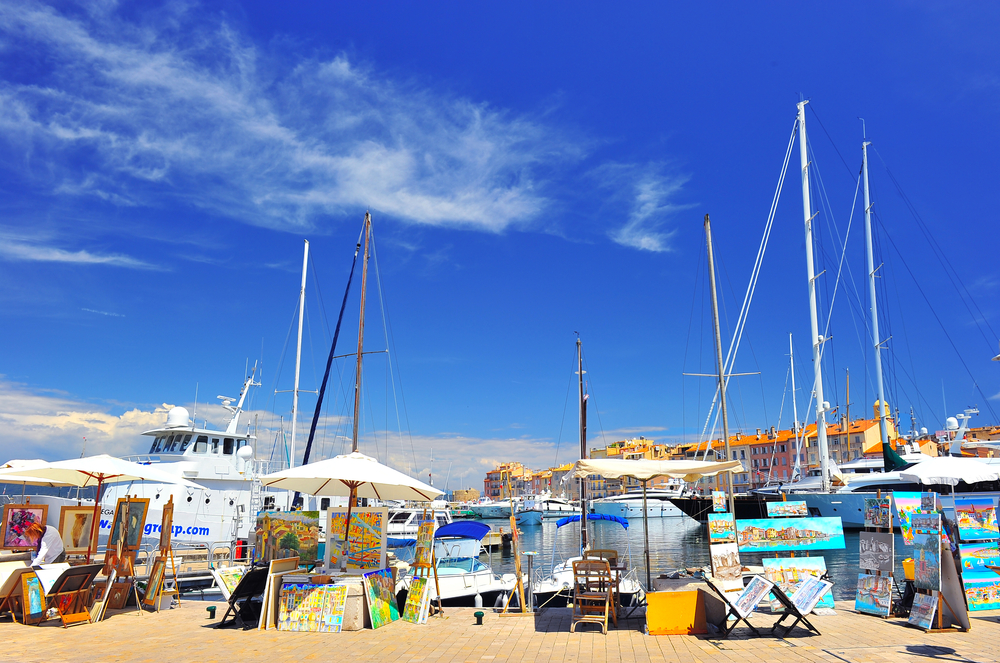 Termed the 21st century Andy Warhol, Sasha de Saint Tropez is known for her pop art paintings of celebrities like Steve McQueen, Marilyn Monroe, and the Queen of Saint Tropez herself, Brigitte Bardot. She also works in sculpture and has created unique pieces like a modern take on the Venus de Milo in plexiglass.

In order to make her work even more accessible to visitors to her gallery, Sasha de Saint Tropez also sells affordable posters of her St Tropez art. Though, if you can can afford to indulge, why not commission a portrait of yourself in her bright graphic-style art?

Ivan Hor is a Hungarian artist who arrived in France in 1956 in Toulouse. Some 12 years later he discovered Saint Tropez, and has never left. From the 60s to the 80s he worked primarily with knife paintings, Indian ink drawings and comical albums. These unique artistic mediums helped him win many awards for his striking oil paintings, including the Grand Prix International de Peinture de la Côte d’Azur in 1995.

Following this, Ivan Hor developed an interest in the motif of paper origami boats, inspired by Les Voiles de Saint Tropez, which he has produced in many of his works since, adding a three-dimensional quality to his canvas every time.

His paintings are inspired by Saint Tropez, landscapes of southern France, and sailing. To view this St Tropez artist’s work, head to his permanent exhibition at 36 rue des Remparts. 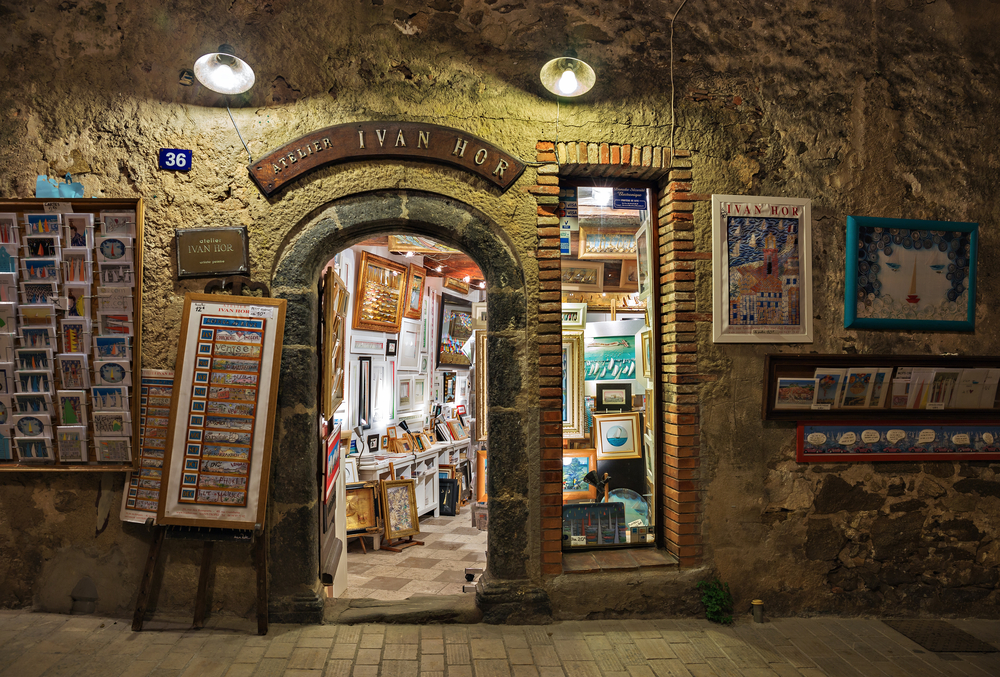 Gérard Le Roux is a world-famous painter and sculptor who grew up in Bordeaux. His dream was to become a musical conductor, but at the age of 15 he swapped his baton for a paintbrush and he soon won international acclaim for his work. Le Roux came to Saint Tropez in 1990, where he opened his workshop and gallery in the heart of the village.

This St Tropez artist focuses his painting on the nostalgia of the Roaring Twenties, working primarily in oils and acrylics. He also produces unique sculptures of fruits from his orchard, bringing the classic still-life painting to life in realistic three-dimensional renderings. He claims that Saint Tropez has been his “major source of inspiration”, which explains the mixture of understated glamour in his paintings and love of all things rustic evident in his sculptures.

Just like her contemporary, Sasha de Saint Tropez, Una has adopted the St Tropez art lifestyle as part of her identity, as both artists have added the town’s name to their own. Una St Tropez arrived in the South of France in the late 1990s. Her art is extremely well known in Saint Tropez, with her art attracting clients such as HSH Prince Albert of Monaco, and his sister the Princess Stephanie, as well as members of the royal families of Saudi Arabia, the UAE, and Brunei as well as St Tropezienne royalty, Brigitte Bardot, to whom she has dedicated several of her collections.

Una St Tropez creates uniquely contemporary portraits of various celebrities, most recently Tupac, and utilises a unique technique whereby she applies beeswax to a minimalist canvas. Some of her most recent work, though, was an intense collection through which she fantasised a dialogue between herself and the legendary dancer, Nureyev, marking the 20th anniversary of his death. Una claims “in my art there is no death, my subjects live as much as I love them and Nureyev seems particularly alive”.

This St Tropez artist’s work is now scattered across the globe, from Abu Dhabi to Moscow, though Una remains in Saint Tropez, where her art can be found in Gallery “Hasta Siempre”, Hotel de Paris, Blanc d’Ivoire, and Gallery “La Ponche”.

If, like so many others, are looking for some artistic inspiration in the beautiful Saint Tropez, you can find accommodation by perusing our collection of unique luxury villas in Saint Tropez.